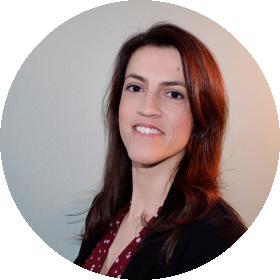 An introduction to the past that connect Brazil and the Netherlands.

Introduction
Over the centuries, Brazil and the Netherlands have developed a strong and long-standing relationship, which is still maintained. In the 17th century Brazil became an important trading point for the West India Company (WIC) and a place where different cultures were brought together. The shared cultural heritage that resulted from the interaction between the Brazilians and the Dutch affected the social, cultural, religious, economic and political spheres. The interaction influenced both the tangible and intangible heritage of Brazil, and therefore is an integral part of the current relations between the two countries. For that reason the Dutch Government has decided to make Brazil one of the ten partner countries within the framework of the Shared Cultural Heritage programme.

A Shared History of Brazil and the Netherlands

Migration
In 1630, the north-eastern region of Brazil was inhabited by indigenous peoples, Portuguese colonists and many slaves of African descent. In the hundred years of Portuguese colonisation, the population had already mixed to a certain extent, and mulattos and mamelucos were no exception. The WIC’s soldiers and the Luso-Hispanic army troops were also of varied nationality. Another relevant group that migrated and settled in Brazil were the Jews.

But the most substantial migratory flow to Brazil were the West Africans, forced to cross the Atlantic and to work on the plantations in the Americas. We also know that some indigenous Brazilians travelled all the way from Brazil to the Netherlands, as was the case of the potiguar, Paraupaba.

Around the beginning of the 20th century, a considerable migratory flow left the Netherlands and migrated to Brazil. These colonists were given land and founded settlements in the southern Brazilian states of São Paulo, Paraná and Rio Grande do Sul. Some Dutch customs and traditions can still be found in these former colonies, such as the cultivation of flowers, the preparation of some typically Dutch foods and the celebration of festivities like Sinterklaas. 100 years after the first settlement (Carambei in 1911), these Dutch settlers colonies commemorated 2011 as the year of the Netherlands in Brazil with a series of events.