An introduction to the shared past of Japan and the Netherlands.

Introduction
The shared history of more than four hundred years of relations between the Netherlands and Japan left tangible remnants of this history, such as VOC factories, artefacts in museums and research institutes. The shared cultural heritage of the two countries, accumulated in these four centuries of exchange, has inspired and still inspires many people in Japan to be actively part of the Dutch-Japanese friendship. Japan is a partner country for the Shared Cultural Heritage Policy since 2013.

A Shared History of Japan and the Netherlands

VOC
Since 1609, the Dutch had run a trading post on the island of Hirado. For 33 years they were allowed to trade relatively freely. In 1637 and 1639 stone warehouses were constructed within the ambit of this Hirado trading post. Christian-era year dates were used on the stonework of the new warehouses and these were used in 1640 as a pretext to demolish the buildings and relocate the trading post to Nagasaki. Thanks to their restrained but versatile policies and to their hostility to Spain and Portugal - which had both a religious and a political basis - the Dutch alone succeeded in being exempted from expulsion, but they were forced by government officials to move from Hirado to Dejima. 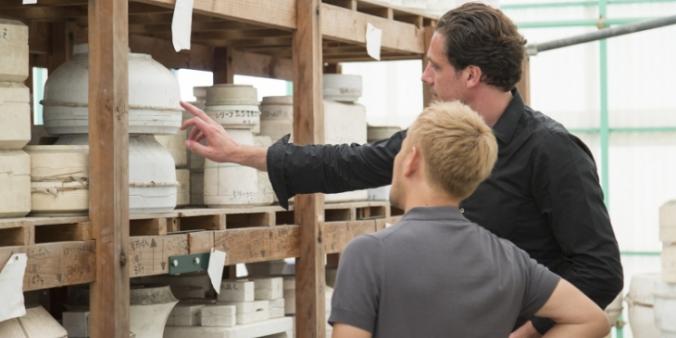